Information and tickets for Bayadère – The Ninth Life 2017

In March 2015, Shobana Jeyasingh Dance premiered a new theatre work, Bayadère – The Ninth Life, commissioned by the Royal Ballet Studio Programme and inspired by the ballet La Bayadère. Drawing on Marius Petipa’s original choreography and the stories of the first real ‘temple dancers’ to visit Europe, Shobana illuminates the West’s fascination with the myth of the Orient. She examines how this legacy has directly affected the Indian diaspora today, and how the story of La Bayadère relates to modern fantasies of East and West.

.. keep the words Shobana Jeyasingh Dance very much at the forefront of your mind ...utterly mesmerising

In this strange other-world of dappled light ... Jeyasingh choreographs her own Bayadère to magical effect

[Jeyasingh uses] dancers to portray, simultaneously, the visceral intensity of the devadasis and the wary fascination of their observers 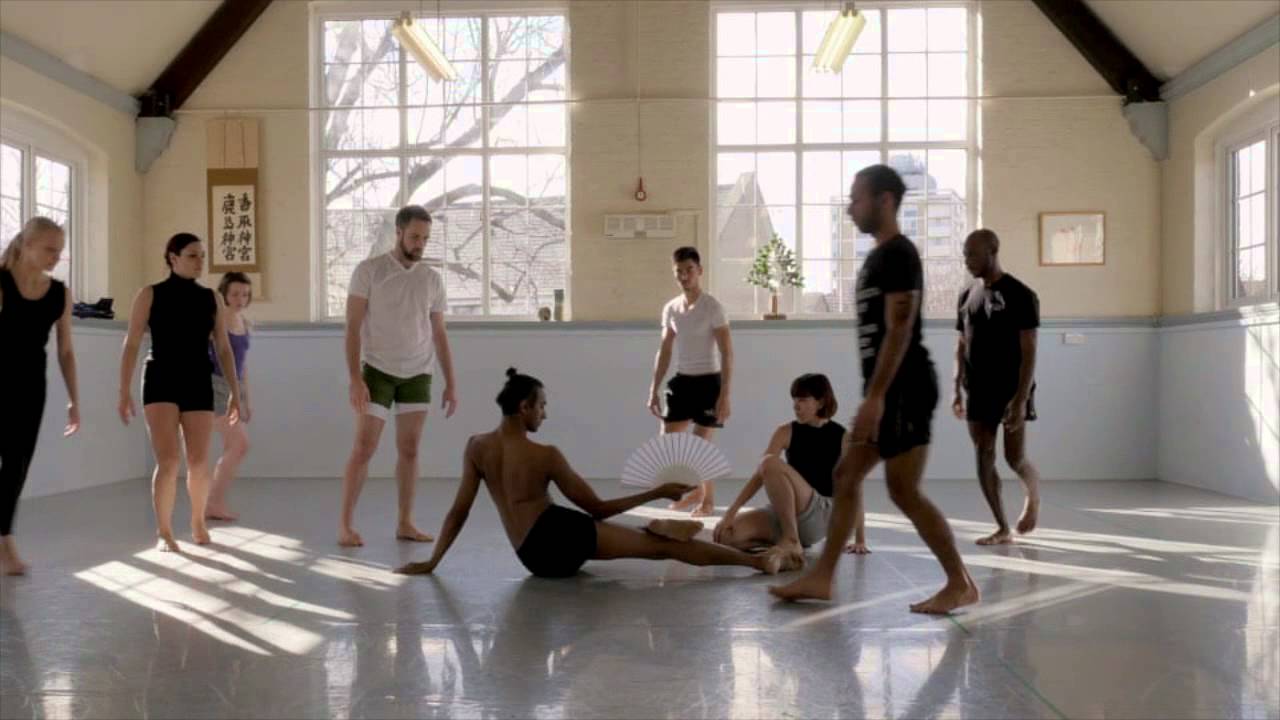 David is an experienced producer, cultural leader and strategic thinker with a demonstrable track record in supporting artists, delivering significant arts projects and influencing policy. He has played a central role in some of the most talked-about performance projects of the last decade including Punchdrunk’s mould-breaking The Masque of the Red Death, Royal de Luxe’s The Sultan’s Elephant, BAC’s One-on-One Theatre Festival and WildWorks’ BABEL. From 2007 until 2012 he was Joint Artistic Director and Chief Executive of Battersea Arts Centre, a ground-breaking theatre in South London. Prior to that he was Senior Theatre Officer in the national office of Arts Council England. He is currently working independently as a producer, consultant, trainer and writer.

Gabriel Prokofiev is a London-based composer, producer, DJ and founder of the NONCLASSICAL record label & club-night. Composing music that both embraces and challenges western classical traditions, Gabriel has emerged at the forefront of a new approach to classical music in the UK at the beginning of the 21st century. His compositions have been performed at a diverse range of venues, from the Royal Albert Hall and Tchaikovsky Hall, through to East London night-clubs & warehouses. With performers including Daniel Hope, Vladimir Jurowski, Sascha Goetzel, Seattle Symphony, Luxembourg Philharmonie, Russian State Symphony, Copenhagen Philharmonic, and Princeton Symphony. Gabriel is published by Mute Song.

Adam Graduated from the Royal Welsh College of Music and Drama with a First Class Honours in BA Theatre Design and in 2003 he became a group winner of the Linbury Biennial for Theatre Design. He has designed productions for the Royal Ballet including Tanglewood, Sensorium and Children of Adam; also Miracle in the Gorbals and Quatrain for Birmingham Royal Ballet. Opera designs include As I Crossed a Bridge of Dreams, Almeida Opera; Romeo et Juliette & Bluebeard’s Castle, Opera North; Blond Eckbert, Birds, Barks, Bones, Opera Group; Teseo, Promised End, Duenna, ETO; Albert Herring, Mid Wales Opera; and Le Nozzie di Figaro; RNCM. Plays include The Arrival, Tamasha; Baggage, Arts Theatre; as well as productions for West Yorkshire Playhouse, Watford Palace, The Tron, Stratford Royal East, Mercury Theatre, The New Wolsey, Unicorn and the Salisbury Playhouse. In his role as an international associate Adam has opened productions in Korea, Australia and Japan.

Adam is a dramaturg and playwright, a Yorkshireman, and an Associate Artist of Bristol Old Vic Theatre. He is currently working on Medusa for Bristol Old Vic, My First Ballet: Swan Lake for English National Ballet, Varmints for Sadler’s Wells, and Fagin for Avant Garde Dance. Previous credits include the Olivier-award nominated and Offie-award winning Cinderella: A Fairytale for Tobacco Factory Theatres, Minotaur for Bristol Old Vic, and Bonnie & Clyde which has been produced in Bristol, London, San Francisco and Athens, and is published by Oberon Books.

Elisabetta is a performer, rehearsal director and assistant choreographer. Born in Italy she trained at The Place and Laban where she gained an MA in Performance. As a movement director and assistant choreographer Elisabetta has worked with Russell Maliphant, Kim Brandstrup, Luca Silvestrini, Cameron McMillan, Alexander Whitley. As a performer Elisabetta has created work and performed with Transitions Dance Company, Bare Bones, Retina Dance Company, Protein Dance, Russell Maliphant Company, Stephanie Schober & Dance Company, Sarah Dowling and Theatre Rites. She was part of the 2008 Handover Ceremony at the Beijing Olympics. As a freelancer, her credits include Frantic Assembly, William Tuckett, Hofesh Shechter, Akram Khan, Kim Brandstrup, Arthur Pita, Jasmin Vardimon and Javier De Frutos. She has performed and assisted in operas directed by Deborah Warner and Carousel directed by Jo Davies. Elisabetta is the Subject Leader for the Centre for Advanced Training in Birmingham at DanceXchange. She is also a freelance dance teacher.

Richard completed a Bachelor of Fine Arts (Dance) at Queensland University of Technology (QUT) in 2004 and joined Expressions Dance Company (EDC-Australia) in 2006. He earned nominations for Most Outstanding Male Dancer for both the 2011 Australian Dance Awards (ADA) and Helpmann Awards, and again in 2012 ADA for performing is self choreographed work ‘Wilhelm Scream.’

Richard has been nominated again for another Australian Dance Award for Best Male Dancer for 2017.

Noora was born in Finland, Helsinki. She started dancing at the age of 13. She went into full time dance training after she was granted a place at the Sibelius High School for music and dance in Helsinki (1997-2000). During this time she also worked for the Finnish National Theatre assisting on various plays and musicals. She graduated in 2003 from The London Contemporary Dance School with First Class Honours. Since then Noora has worked with Jan De Schynkel, David Bolger, Nigel Steward, Hubert Essakow, Fernando Magadan of NDT, and Tanja Raman. She also worked with the Henri Oguike Dance Company for four years, touring nationally and internationally. She joined Shobana Jeyasingh Dance in 2009. She has also worked with the ENO on two of their productions and been part of a few commercial videos.

Davin is originally from Trinidad and Tobago but has grown up in London. He started his dance training at the BRIT School for performing arts and completed his vocational training at both London Studio Centre and London Contemporary Dance School graduating in 2008. Since then he has worked as a freelance artist for dance companies which include Henri Oguike Dance Company, National Dance Company Wales, The Balletboyz, Marc Brew Company, Staatstheater Kassel in Germany and both The Royal Opera and English National Opera. In February 2014 Davin choreographed his first professional work which was shown at The Place as part of Resolution!

Born in Nottingham, Emily started dancing at her local dance school at the age of 3. Emily started training at Rambert School of Ballet and Contemporary Dance in 2010 and during this time she performed in works by Kerry Nicholls, Mark Baldwin, and Ross McKim. During her 2nd year at Rambert Emily received the Charlotte Kirkpatrick Prize, which is awarded in recognition of effort, talent and exceptional potential for a future career within the dance world. Emily joined NDCWales as an apprentice dancer in 2013 and performed in works by Stephen Shropshire, Angelin Preljocaj, Eleesha Drennan, Stephen Petronio and Christopher Bruce. Since leaving the company, Emily has worked with Phoenix Dance Theatre on a short project and was guest artist on National Dance Company Wales’ international tour. Emily joined Shobana Jeyasingh Dance in 2014.

Born and raised in Thailand, Teerachai moved to the UK in 2002 aged sixteen to study music, and aged nineteen he discovered his interest in dance. He then trained at Lewisham College before joining the BA programme at London Contemporary Dance School (LCDS) in 2008. He received the Charlotte Kirkpatrick Award for demonstrating exceptional potential as a male dance artist in 2010. After finishing his training at LCDS in 2011, Teerachai became a freelance dancer and worked with Martin Constantine, James Cousins, Sidi Larbi Cherkaoui for the film Anna Karenina, Akram Khan for the London 2012 Olympics Opening Ceremony, Shobana Jeyasingh Dance and Henri Oguike. Teerachai is now working to support adults with learning disabilities, he is grateful to be able to use dance and his knowledge of movement in a new field of work.